Home » Press centre » Ending Racism is a Task for Everyone and is Central to Building Fairer, More Democratic and Egalitarian Societies
Available in: EnglishEspañol

Ending Racism is a Task for Everyone and is Central to Building Fairer, More Democratic and Egalitarian Societies

Authorities from the region participated today in the launch of the book Afrodescendants and the matrix of social inequality in Latin America: Challenges for inclusion, presented in the framework of ECLAC’s 38th session.
28 October 2020 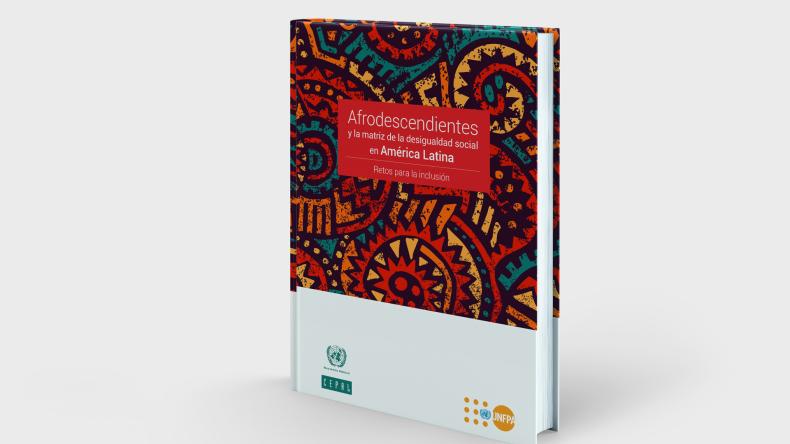 Ending racism is a task for everyone and constitutes a central aspect in building fairer, more democratic and egalitarian societies, authorities from the region expressed during the launch of the book Afrodescendants and the matrix of social inequality in Latin America: Challenges for inclusion, presented today in the framework of the thirty-eighth session of the Economic Commission for Latin America and the Caribbean (ECLAC).

The presentation of the document – produced by ECLAC and the United Nations Population Fund (UNFPA), at the request of the Government of Costa Rica – was led by Alicia Bárcena, the regional commission’s Executive Secretary. Comments were provided by Epsy Campbell, Vice President of Costa Rica; Natalia Kanem, Executive Director of UNFPA (via video); Rocío Muñoz Mayo, Member of Presencia y Palabra: Mujeres Afroperuanas; and Harold Robinson, UNFPA’s Regional Director for Latin America and the Caribbean. The event was moderated by Adriana Murillo, Ambassador of the Republic of Costa Rica to Chile.

“This is the most robust and most serious document on Afrodescendants at a regional and global level. It is a serious document, with specific data and an analytical perspective, which serves as the basis for developing public policies and strategies capable of promoting recognition, justice and development for Afrodescendent peoples,” said Epsy Campbell, the Vice President of Costa Rica.

She added that the culture of privilege causes damage and snuffs out the possibility of guaranteeing the rights of the majorities.

“The structure of discrimination and racism has ceilings made not of glass but of iron, which appear to be unbreakable. Without ethno-racial equality there can be no effective democracy or full citizenship, and therefore no sustainable development,” she stressed.

During the presentation of the document, ECLAC’s Executive Secretary, Alicia Bárcena, specified that the Afrodescendent population in Latin America totals 134 million people, which represents 21% of the region’s overall population. Despite this, the constitutions of only 13 countries condemn racial discrimination; 5 include specific references to Afrodescendants; and 3 recognize Afrodescendants as peoples. In 16 countries, there are laws against racial discrimination and it is classified as a crime, while 14 countries have government mechanisms for racial equality or for Afrodescendent affairs.

The senior United Nations official warned that racism is a central element of the culture of privilege, and that ethno-racial inequalities are structural and affect all rights.

Rates of infant and maternal mortality and adolescent pregnancy are also more elevated, along with unemployment levels, which especially affect women and young people, even when they have higher education levels, Alicia Bárcena stated.

At the same time, various forms of violence restrict the lives and development of Afrodescendants, and racism and xenophobia deepen the social and labor exclusion of migrants, with this worsening due to the pandemic, she sustained.

“Deep structural inequalities and the persistence of racism as a key element of the culture of privilege call not only for the implementation of universal policies but also affirmative action policies, as part of a universalist approach sensitive to differences. The recognition, visibility and guarantee of the rights of Afrodescendent populations are key to the democracies of the twenty-first century,” ECLAC’s Executive Secretary affirmed.

The Commission’s highest authority urged for guaranteeing the rights of Afrodescendants by redoubling efforts to achieve greater equality more quickly and ensuring the full participation of Afrodescendent persons, including women and youth, in the design and monitoring of public policies. She also called for implementing policies to combat structural and institutional racism, discriminatory practices and racial violence, in a sustained manner.

“In order to leave no one behind, it is urgent that Afrodescendants be included in the fulfillment of the 2030 Agenda and that the exercise of their rights be guaranteed,” Alicia Bárcena concluded.

Meanwhile, in a video message, Natalia Kanem, Executive Director of UNFPA, expressed her confidence that the document presented today will contribute to strengthening the commitment of States, national and international organizations, and civil society to fighting racism and inequity and to ending discrimination.

Rocío Muñoz Mayo, of the collective Presencia y Palabra: Mujeres Afroperuanas, warned that in many of our countries, progress has been made on establishing state institutions to assist the Afrodescendent population, but the lack of mainstreaming continues to be a central problem.

The Regional Director of UNFPA for Latin America and the Caribbean, Harold Robinson, emphasized that the document provides an updated overview of the inequalities experienced by the Afrodescendent population in the region, which are accentuated in the context of COVID-19, and he called for staying alert to a worsening of the indicators for this population and the low priority that countries are giving to addressing this situation.

“We need a bigger commitment from all governments but also from other actors, parliamentarians, civil society organizations, aid workers, the United Nations system, to tackle this situation with determination,” he underscored.