Home » Press centre » ECLAC Calls for Building a New Future in Latin America and the Caribbean through a Transformative Recovery with Equality and Sustainability
Available in: EnglishEspañol

At its 38th session, ECLAC unveiled its development proposal for Latin American and Caribbean countries.
27 October 2020 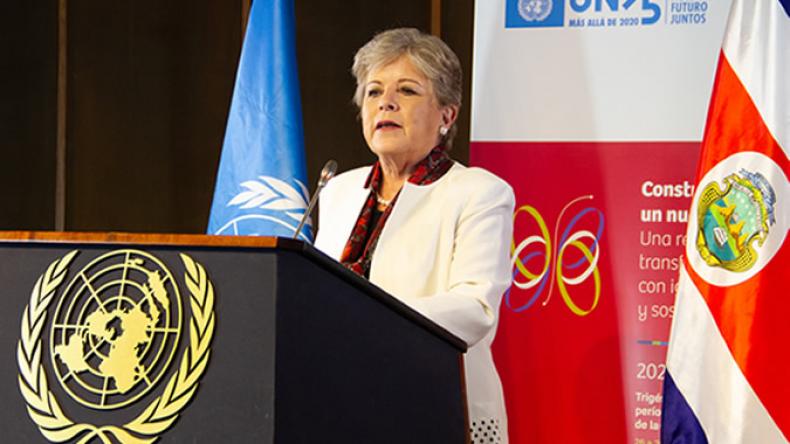 The crisis prompted by the coronavirus (COVID-19) pandemic is hitting the world and the region at a time when serious problems of low growth, inequality and environmental imbalances – created by an unsustainable development pattern – were already present. Political polarization, growing rivalry, conflict and loss of confidence in democracy were signs of these structural problems. The pandemic has created the need for urgent action. That is why the Economic Commission for Latin America and the Caribbean (ECLAC) proposes in its new position document a set of policies that responds to the gravity of this moment, while also aiming to overcome structural problems.

The study entitled Building a New Future: Transformative Recovery with Equality and Sustainability was presented today by Alicia Bárcena, ECLAC’s Executive Secretary, to the Commission’s member countries and associate members during its thirty-eighth session, which is taking place virtually through October 28.

The proposal developed by the United Nations regional commission was commented on by Carlos Alvarado, President of Costa Rica; Professor Mariana Mazzucato, Director of the Institute for Innovation and Public Purpose (IIPP) of University College London (UCL); Teresa Ribera, Fourth Deputy Prime Minister and Minister for the Ecological Transition and Demographic Challenge of Spain; and José Antonio Ocampo, Professor at Columbia University.

The document emphasizes that recovering in the current context means rebuilding, acting immediately in the short term with the necessary long-term perspective, and offering recovery and development proposals oriented towards an inclusive welfare State and a productive transformation with technological change and environmental sustainability, which would strengthen equality and “democracy as the most precious legacy of modernity.”

“The region is facing a change of era that entails uncertain, lengthy and complex processes of structural transformation, which are revolutionizing the technological base and ways of producing, distributing, inhabiting, consuming, accumulating, thinking and co-existing,” Alicia Bárcena, ECLAC’s Executive Secretary, stated while presenting the document.

She added that, to confront this change of era, ECLAC proposes a big push for sustainability that would articulate policies and coordinate investments. This push must encompass the three dimensions of sustainable development: economic, social and environmental.

The document indicates that Latin America and the Caribbean must grow at a rate of at least 4% a year and carry out a sharp redistribution of income (of up to 3% of GDP annually) in order to eliminate poverty by 2030. This growth will only be possible if external constraints on growth are overcome through authentic competitiveness based on the development of nations’ human and technological capacities.

It adds that this effort must be underpinned by an energy transition and the innovation and diffusion of environmental technologies so that the region can grow while fulfilling the emissions-reduction commitments established in the Paris Agreement. Technology and structural change, the transformation of production and consumption patterns, and the building of a welfare State must interact and reinforce each other to fight inequality without destroying ecosystems and without compromising future generations’ right to development.

“Latin America and the Caribbean must move towards a big push for sustainability with a view to forging a new development pattern and towards implementation of the 2030 Agenda for Sustainable Development. A virtuous combination of policies can make the proposal of growth for equality and equality for growth a reality,” the study states.

This document for action emphasizes that a transformative post-COVID-19 recovery will necessitate social compacts so that the goals of equality and sustainability may become State policy, with the participation of all sectors and social groups. At the same time, new forms of global governance are proposed for the provision of global public goods, such as universal access to health, climate security and protection of the atmosphere, financial stability, peace and protection of human rights.

The study also warns that a double environmental asymmetry exists in the region: Latin America and the Caribbean produces a small percentage of global emissions, but it is highly affected by their impact. At the same time, the poorest strata of the population – which pollute the least – are the hardest hit. In this context, it reiterates that adaptation and mitigation of the effects of climate change are crucial factors for future competitiveness.

The document proposes medium- and long-term policies in the areas of taxation and financing, internalization of environmental externalities, industrial development, a welfare and social protection regime, regional integration and renewed multilateralism. In addition, it suggests focusing attention on seven sectors that can be the drivers of the new development pattern given their strategic role in emissions, investment, competitiveness, employment and health, and it proposes policy lines to propel them forward. These sectors are linked to:

“This is a realistic and necessary document for action, which responds to the urgent needs of Latin America and the Caribbean. If coalitions are built and the necessary compacts are achieved, the society that this change of era demands will be closer than ever to being within reach. Responding to the civilizing crossroads at which our region finds itself is the shared and urgent task before us,” Alicia Bárcena sustained.

In his comments, the President of Costa Rica urged the countries of Latin America and the Caribbean to continue incorporating themselves into the 21st century intelligently, investing in environmental sustainability and green growth.

In addition, he called for the region, together with ECLAC, to work on strengthening the mechanisms for regional and international cooperation based on multilateralism and the principle of solidarity.

Meanwhile, Professor Mariana Mazzucato stressed the need for a new contract between the State, businesses and citizens, one that is much more symbiotic and less static, and she called for production systems to be governed for the common good.

“We have to rid ourselves of the idea that the State is only there to regulate, we need to think outside of what has been established within the public and private spheres. Citizens must be brought to the table to be able to think as a whole,” the scholar stated.

Teresa Ribera, Deputy Prime Minister of the Government of Spain, affirmed that the situation we are in today allows us to see the risks that we are not willing to face again, such as the major social inequalities affecting our countries.

Furthermore, she pointed to cross-cutting components for the transformation, such as thinking about an ecological transition, strengthening social cohesion to the greatest extent possible, bolstering the gender agenda and ensuring equal opportunities.

José Antonio Ocampo, meanwhile, praised the document presented by ECLAC and stated that he fully shares its focus on an integrated combination of economic, social and environmental policies.

He also called for depoliticizing regional integration in Latin America and the Caribbean.

In the framework of the document’s presentation, high-level authorities from the region analyzed the main proposals contained in ECLAC’s study on two panels that addressed the sectors driving sustainable development, and policies for a transformative recovery.

Building a New Future: Transformative Recovery with Equality and Sustainability

Presentation of the position document prepared by ECLAC, entitle Building a New Future: Transformative Recovery with Equality and Sustainability, by Alicia Bárcena, Executive Secretary of the Commission 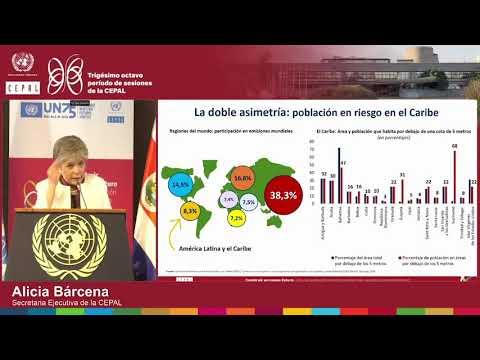