Home » Press centre » Because Another World is Possible, ECLAC Reaffirms that Equality and Sustainability Must Be at the Center of Latin America and the Caribbean’s Development: Alicia Bárcena
Available in: EnglishEspañol

Because Another World is Possible, ECLAC Reaffirms that Equality and Sustainability Must Be at the Center of Latin America and the Caribbean’s Development: Alicia Bárcena

In a special chapter of the “ECLAC’s Horizons” program, the organization’s Executive Secretary delved into the issues addressed during the Commission’s 38th session and the policy proposals for a post-pandemic recovery.
2 November 2020 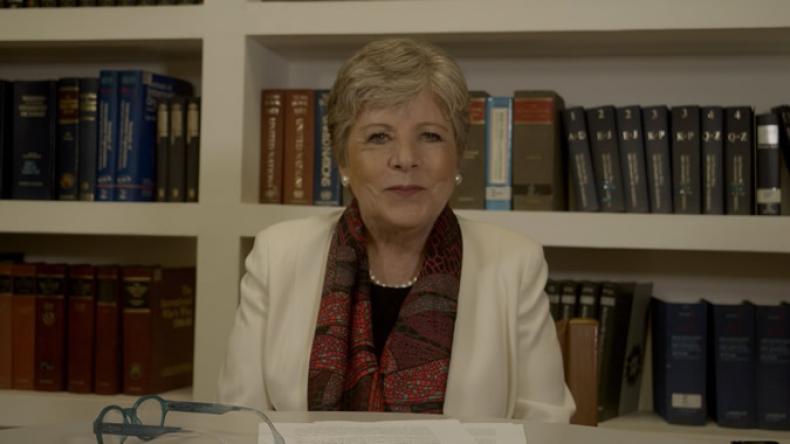 The Economic Commission for Latin America and the Caribbean (ECLAC) has put equality and sustainability at the center of the development of the region’s countries, convinced that another world is possible and that the post-pandemic recovery must be transformative, Alicia Bárcena, Executive Secretary of the United Nations regional commission, emphasized in a special chapter of the “ECLAC’s Horizons” multimedia program, available online as of today.

During this interview, the senior official spoke in detail about the main accomplishments of and issues addressed at ECLAC’s thirty-eighth session, which was held virtually for the first time in history on October 26-28. She also analyzed the devastating effects of the coronavirus (COVID-19) pandemic in the region, along with policy proposals for a recovery with equality and sustainability.

“Our contribution in the last decade has been to put equality at the center of the development of the region’s countries and determine that the time has come for equality in Latin America and the Caribbean; that inequality is inefficient, meaning that greater equality will be better for the economy because there will be more education, more health, better nutrition, mainly for young people and children, and that women’s equality is fundamental,” Alicia Bárcena sustained.

She added that ECLAC has brought to the world’s attention the fact that, for a better future, countries need to grow, become more equal, and protect the environment.

ECLAC’s highest authority spoke about the thirty-eighth session – which is the Commission’s most important intergovernmental meeting – highlighting the prominence of the participants who, in the inauguration alone, included the Presidents of Costa Rica, Carlos Alvarado, and of Cuba, Miguel Díaz-Canel, along with the UN Secretary-General, António Guterres; the Secretary-General of the Organisation for Economic Co-operation and Development (OECD), Ángel Gurría; and the Managing Director of the International Monetary Fund (IMF), Kristalina Georgieva.

“This shows that, when the region speaks in a united way, with a single voice, it rallies and attracts the international community,” ECLAC’s Executive Secretary underscored.

The senior United Nations official made special mention of the Political declaration on a sustainable, inclusive and resilient recovery, signed by the Ministers of Foreign Affairs of the 33 countries of Latin America and the Caribbean in the framework of ECLAC’s session.

“We are living through very complex times in the region and the fact that the 33 foreign ministers approved this political declaration, which is deeply profound in its content, is unprecedented,” Alicia Bárcena stated.

She specified that the declaration talks about a sustainable recovery focused on the most vulnerable populations, such as women. It also urges the international community to provide more support in terms of financing, hopefully not of a concessional nature, and highlights the Fund to Alleviate COVID-19 Economics (FACE) initiative spearheaded by Costa Rica.

“This crisis is going to last longer than we expected and therefore we are going to need expansionary fiscal and monetary policies, which will also have to last longer, and that is where the international community must come in. We must change the unilateral handling of the crisis – with each country obviously trying to emerge from it – basing the next stage on collective and coordinated actions,” ECLAC’s Executive Secretary contended.

She added that the document underlines that the 2030 Agenda is the guide for emerging from this crisis, and it stresses the importance of deepening regional integration.

“Our region has a major opportunity to reintegrate and depoliticize integration. We must be more pragmatic and achieve a union among countries based on value chains, for example. With a collective voice, we can get better results,” she emphasized.

Alicia Bárcena also spoke about the position document entitled Building a New Future: Transformative Recovery with Equality and Sustainability, which ECLAC presented to countries and in which it calls for forging a new, post-COVID-19 future in the region through a transformative development recovery, with greater equality and sustainability.

“This document provides a proposal for deep transformation to be able to defeat inequality, poverty and the large structural gaps that characterize our region,” she said.

She noted that in the document, ECLAC indicates that the region must grow at a rate of at least 4% a year and carry out a sharp redistribution of income (of up to 3% of GDP annually) to eliminate poverty by 2030. It also sustains that if the region moves towards renewable energy, it can reduce 30% of its emissions and create around 7 million more jobs.

Furthermore, it proposes focusing attention on seven sectors that can be the drivers of the new development pattern given their strategic role in emissions, investment, competitiveness, employment and health, and it outlines policies for propelling them forward. These sectors are linked to a new energy matrix, urban electromobility, the digital revolution, the health-care manufacturing industry, the bioeconomy, the circular economy and sustainable tourism.

“At this time of pandemic, we have to look at where we want to go and what we want to change. We do not want to return to where we were before, instead we want to move towards a new development model that is much more egalitarian, more sustainable and, above all, more livable. Those of us who make up ECLAC are very committed to the quest for a new future. Another world is possible,” Alicia Bárcena concluded.

Previous chapters of the “ECLAC’s Horizons” program offered exclusive interviews with the Executive Secretary, Alicia Bárcena, and other directors at the regional organization. Upcoming editions will continue addressing the various topics that comprise the Commission’s work program, especially those related to the 2030 Agenda for Sustainable Development and a post-pandemic recovery with equality and sustainability.

Television and radio stations are invited to freely reproduce the content of “ECLAC’s Horizons,” citing the source (ECLAC). Media outlets that need high-quality segments of this program (audio and/or video) can request them from ECLAC’s Public Information Unit, at the points of contact indicated below. 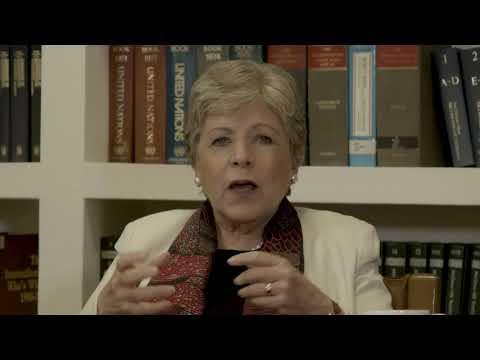